Photos from the k-os/Rich Aucoin show. 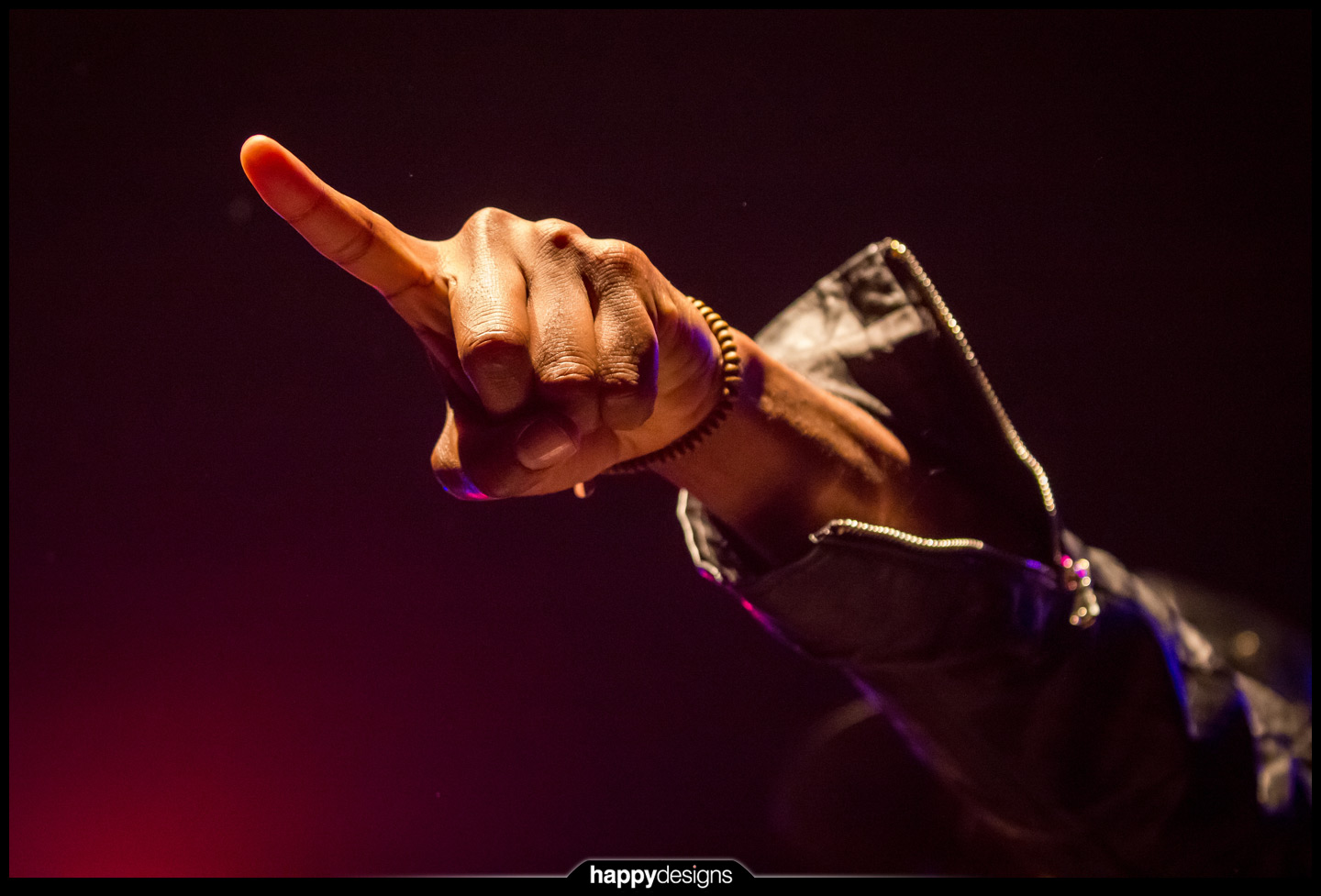 I love shooting concerts. Much like shooting weddings, I thrive off of the challenge of capturing moments which may never happen again.

That said, shooting any one subject can begin to drain the spark of love for it, so you start to look closer (or farther away) for out-of-the-ordinary perspectives to spice things up.

Thankfully, I find shooting concerts somewhat easier than weddings, because it only takes a little while to pick up on little musician cues and begin to predict what may happen.

This shot embodies all of what I’ve typed about. After having captured my “standard” concert shots, I started looking for details and learning patterns and, towards the end of a chorus, I anticipated this point and captured it.

My shots of Rich Aucoin and The Flaming Lips from Rifflandia 5 were my top and second shots of the year for 2012.

Having seen him two days in a row at unconventional locations (an outdoor festival stage and the incredibly well-lit Atrium), it was, admittedly, challenging to shoot his show at Sugar.

Owing to his brilliant use of a projection screen (a bedsheet on the back wall of Sugar Nightclub, in this case), Rich calls for very little light on him or his drummer.

Thus, it was only toward the end of the set, when the screen was no longer the focus (the audience was), that the lighting director got to use some of his/her equipment and give some definition to an otherwise dark stage.

That’s when I caught this shot. A shot which Rich himself Instagrammed after the show. *beam*