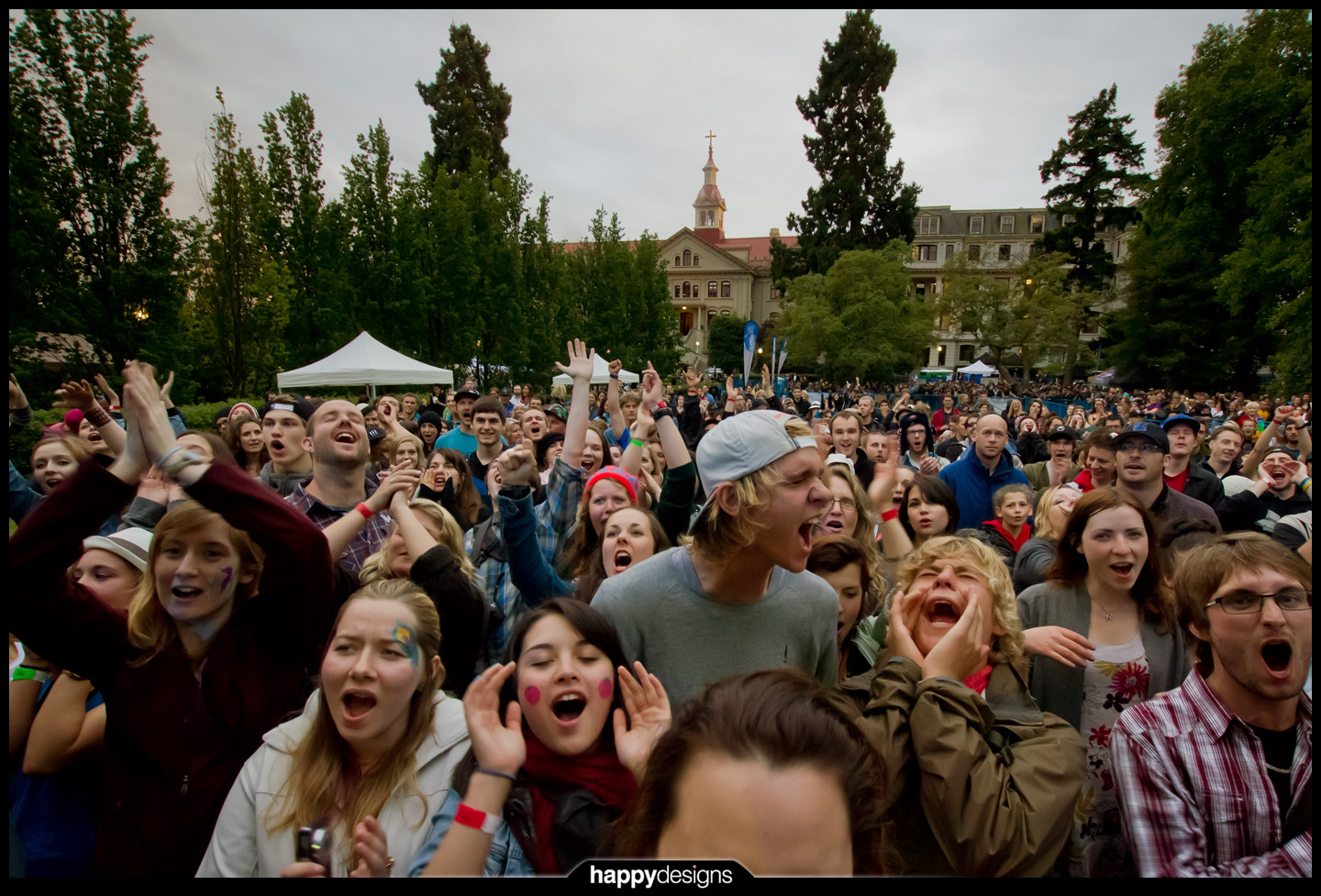 As the sun sets on St. Ann’s Academy, the crowd goes wild for headliners Current Swell.

Kytami warms up her violin during the second V.I.C. Fest.

This is definitely the most serene photo I have of Kytami. As you may remember, she is a violinistextremist, and most of my other shots have her in the air, shouting, or otherwise fully kinetic. 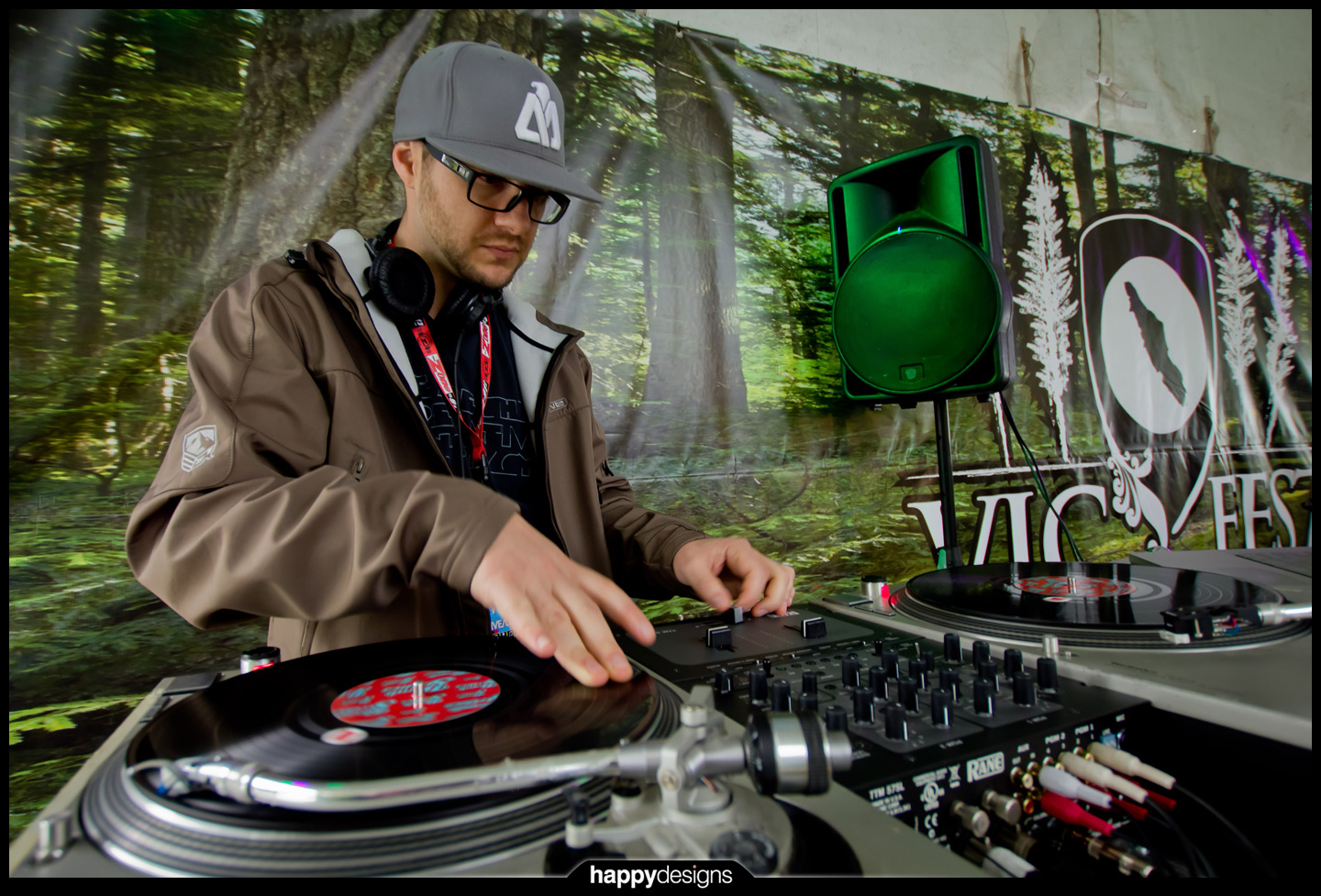 DJ, ex-carpenter, future computer scientist, and all ’round nice guy Nigel takes to the decks at V.I.C. Fest. 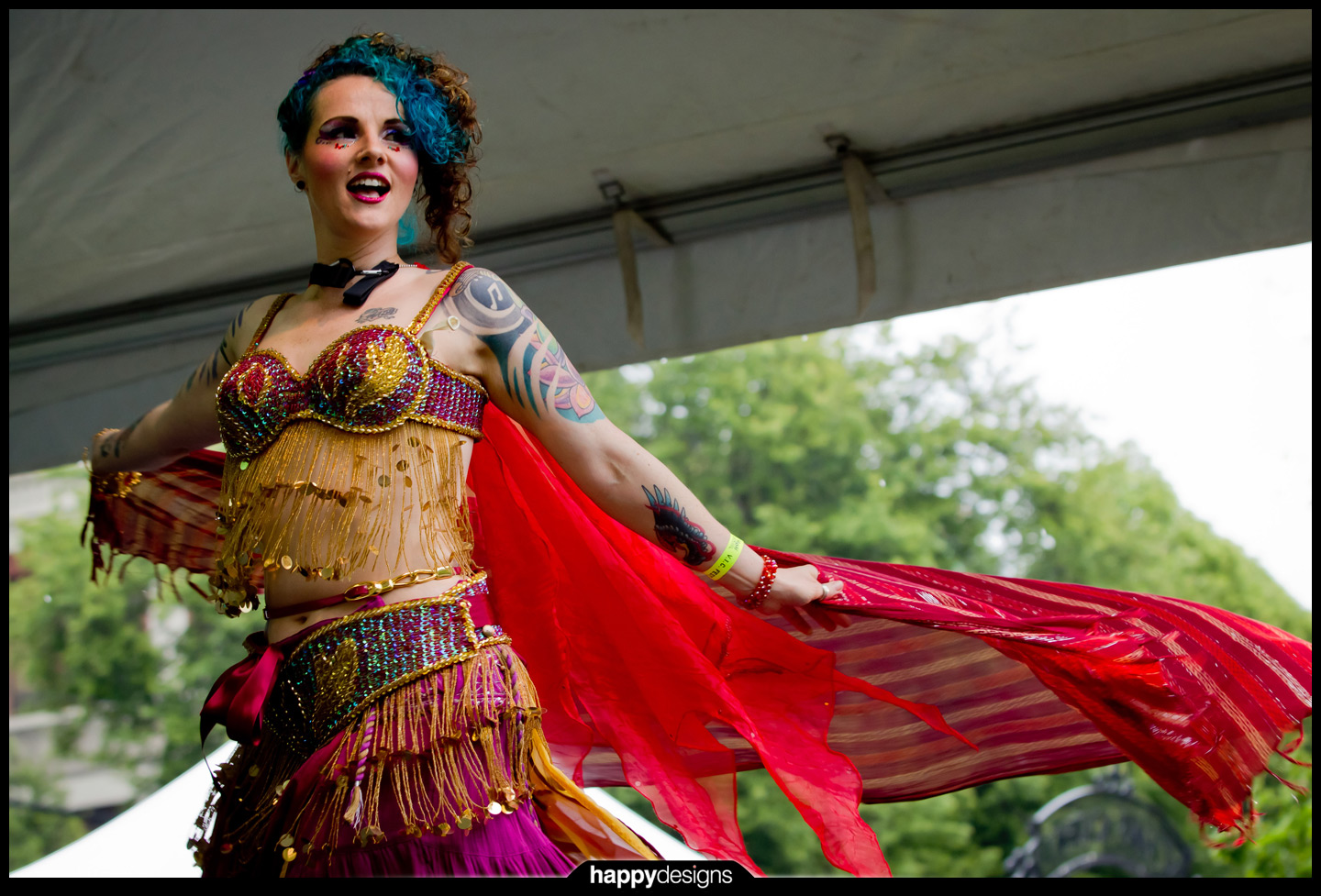 Mz B Haven of the Cheesecake Burlesque Revue.

See those black bits of fabric around her neck? Those are the finger loops of her flag poi, last seen on this gallery during VEMF 2011.

Angie is a confident, talented performer, adept at singing, dancing, poi, and hoops (to my knowledge; she can probably walk a tightrope, too), and it was great to see her perform at V.I.C. Fest. 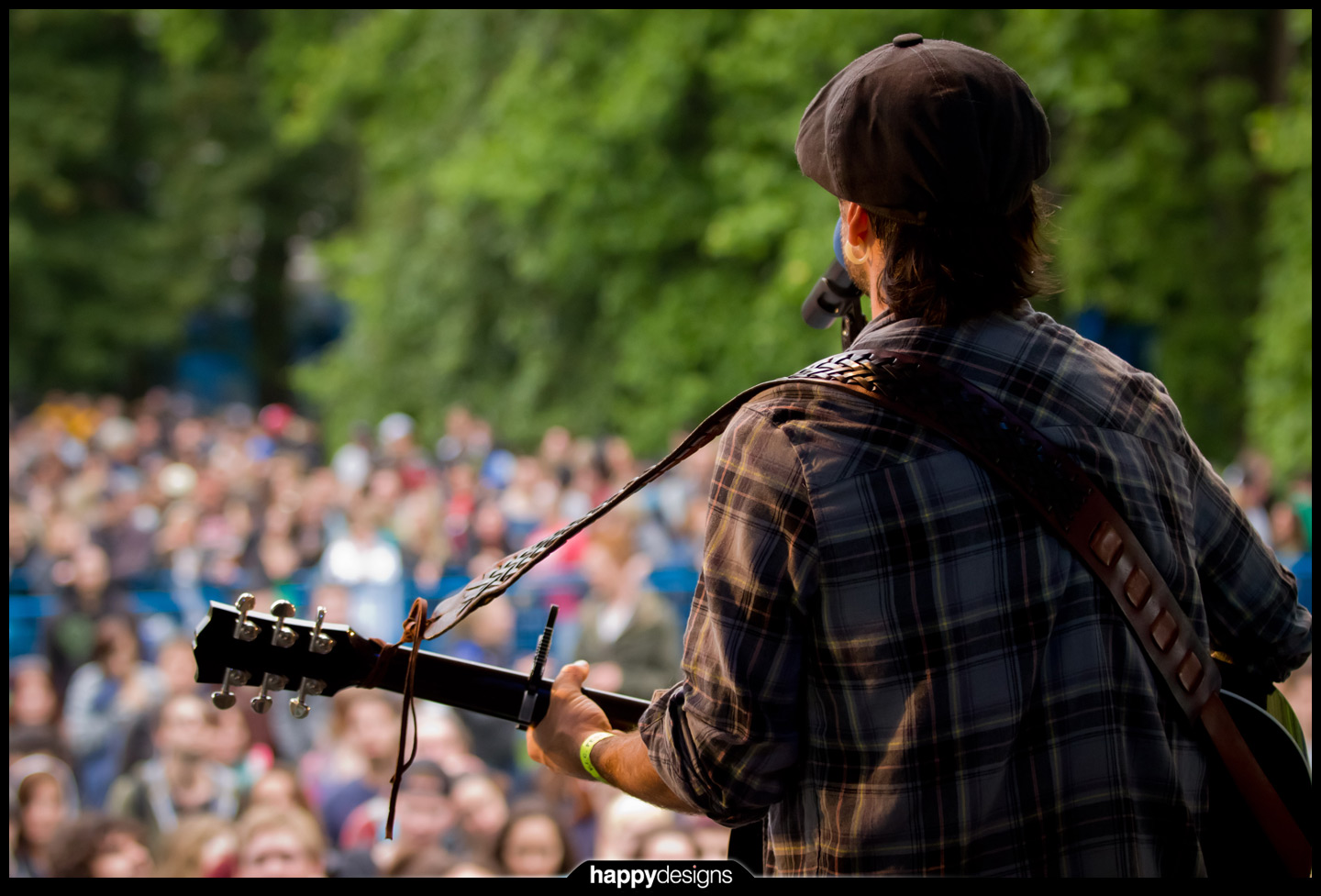 Vince Vaccaro had the crowd screaming and fist pumping one moment, swaying and singing along the next.

Yeah, it’s his back, but I felt this shot best showed his appreciative audience.

I’ll find a shot of his piercing eyes soon. Ladies do love those eyes. 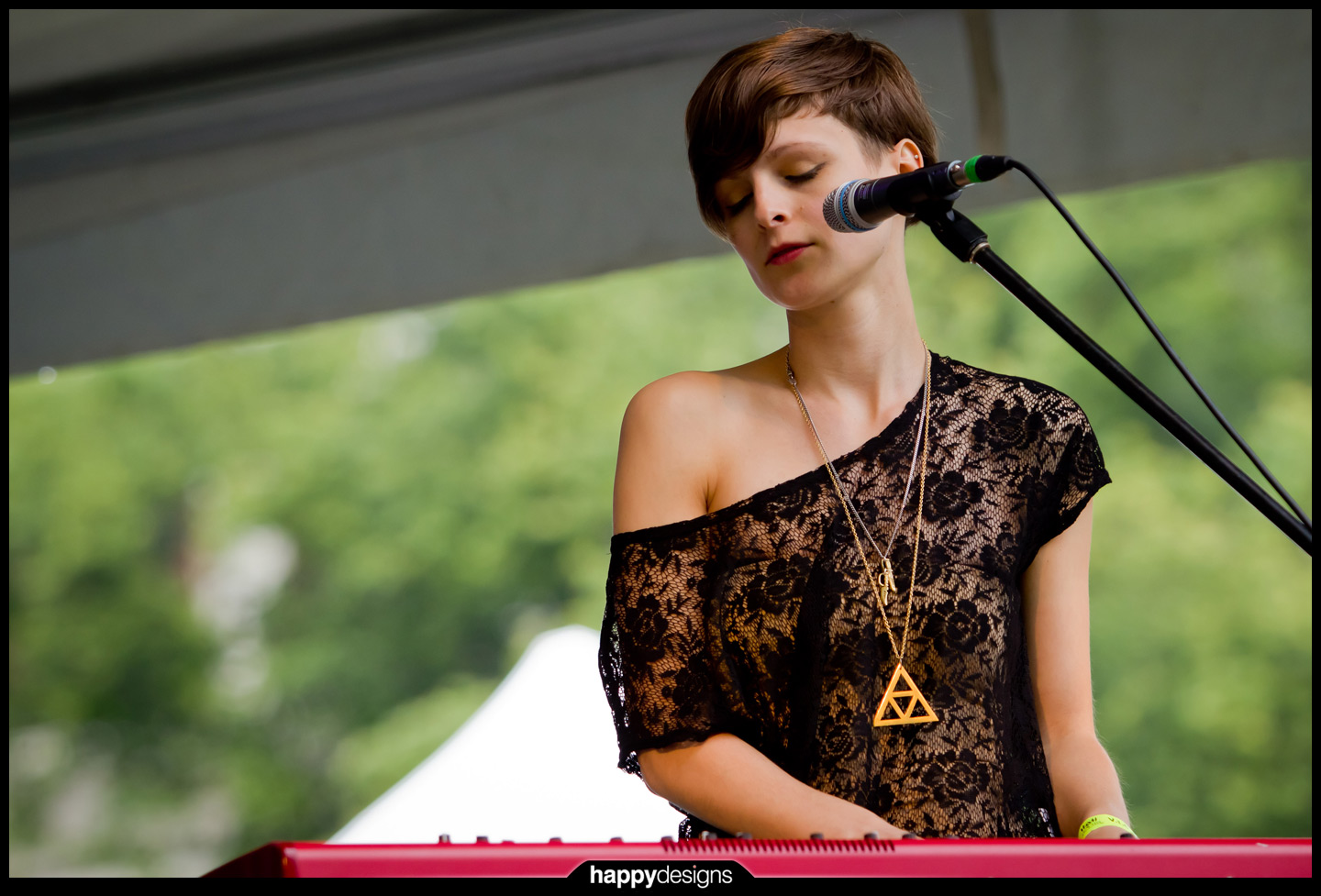 Their set was fantastic, despite the fact that their drummer got stuck in Vancouver. 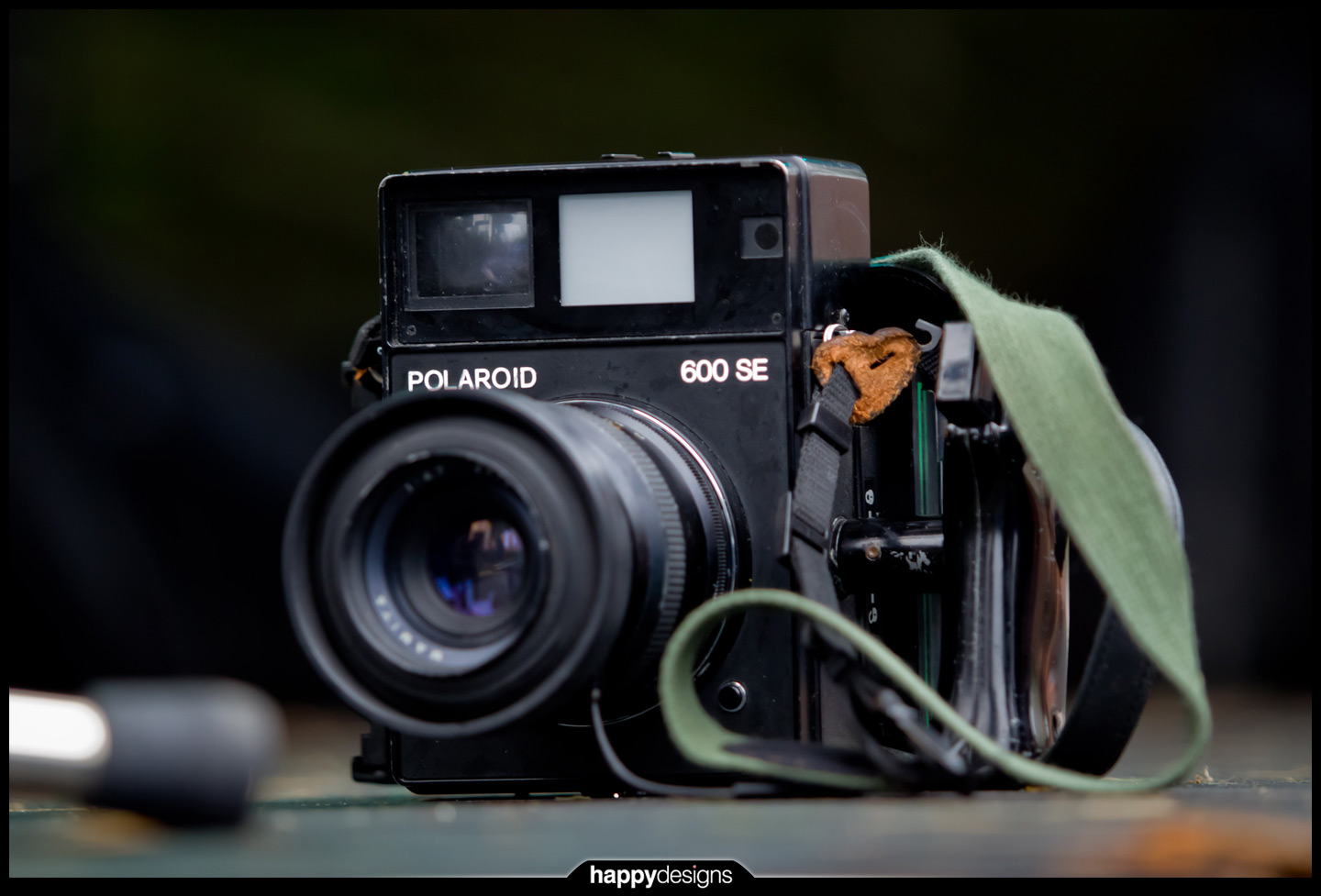 The wild Lilliecam, captured while left momentarily unattended on the stage at V.I.C. Fest.

The Lilliecam is a very cool vintage polaroid belonging to Lillie Louise Photography.

There were a lot of photographers (and some videographers) at V.I.C. Fest.

Let’s see if I can remember them all . . . besides Louise there was Tyson, Dave, Adam, Jen, Brian . . . and those are just the people whose names I know. There were at least six others I can picture in my flaky little mind right now.

At least it was a well-covered festival!